2019 was a rough year for Alaska aviation

From my Op-Ed up at the Anchorage Daily News – last year was not good for Alaska flying.

” In the midst of analyzing the 2019 statistics, there should be conversations about decision-making on the part of not only pilots, but also within the management structures of those who employ them. This is particularly true for the repeat offenders — those companies that have crashed again and again over the years. There must also be a long-overdue reckoning of FAA oversight, which remains perennially flummoxed in finding solutions to Alaska’s long-documented problems. And we must talk about the numbers that are most important: two flight paramedics and two flight nurses, five tourists from the cruise ship Royal Princess, one tourist departing a lodge vacation, one epidemiologist traveling for work and four pilots on the job. We also should not forget the Ravn Air passenger overlooking the left engine on PenAir Flight 3296; he was killed when that aircraft skidded off the runway.

There have now been 568 aviation fatalities in the state since 1990, 345 of them in commercial aircraft. Those seem like significant losses but sadly, when it comes to forcing substantial change, they still aren’t significant enough.”

Newsletter #25: The Death of Ben Eielson

Ninety years ago, Alaska’s most famous bush pilot went missing with his mechanic, Earl Borland. Their bodies would not be found until three months later. Here’s a bit from my current newsletter with a look at the telegrams that detailed the search:

“Over the course of three months, there were about 150 telegrams exchanged between the search team based at the Nanuk and others back in Alaska and the Lower 48. Most of the telegrams were with Alaskan Airways, the company Ben was leading at the time of his death and that was now heavily involved in the search. (Joe Crosson and Harold Gillam were the two primary pilots on the search; they stayed in Siberia almost three months.) What Joe did that was so amazing was take possession of all the telegrams – both from the Nanuk and Alaskan Airways – when the search was over. He took them and kept them and, after his death from a heart attack, his wife Lillian kept them as well. About 20 years ago the telegrams were part of a donation that Lillian Crosson made to the University of Alaska Fairbanks and that is where I dug into them while looking for records on the Cosmic Ray Expedition.”

The seven-page report provides information on the winds in Dutch Harbor, pilot flight time (especially significant as the PIC had only 101 hours in the Saab 2000) and damage to the aircraft. There will be a much more to say about this accident in coming months but likely at least a year before we will see probable cause.

I have an Op-Ed up in the Anchorage Daily News about the crash of PenAir Flight 3296 in Dutch Harbor. The Saab 2000 overran the runway and almost went into the water; one passenger was killed and four injured.

In writing about this accident I also delved into the complex history of the company which purchased PenAir in bankruptcy court a year ago. Ravn Air Group is the largest rural air carrier in AK and it has a long history of accidents. I am sure this FAR Part 121 accident is going to garner a great deal of interest among aviation safety experts (not to mention aviation insurance companies).

I wrote about money and aviation infrastructure in Alaska for the Anchorage Daily News:

“Then Richard VanAllman, Manager of the FAA’s Planning and Requirements Group, Western Service Center, Air Traffic Organization, asserted with grim finality that Alaskans “are not going to get everything you want.” It all comes down to a calculus that everyone seemed to want to avoid: advanced aviation infrastructure is in place for the Lower 48 because even with devastating crash statistics, Alaska’s small population just does not and will not warrant that same degree of funding attention. So while the NTSB is genuinely concerned about the state’s recent accidents, the money is not coming to prevent future accidents. That is why risk assessment and SMS are such popular talking points: they’re cheap.

Here is one number no one thought to bring up at the meeting: 1,014. That is the number of Alaskan accidents classified as Part 135 since 1982, the first year the NTSB began archiving accident reports online. Those crashes resulted in 440 deaths. By any reasonable calculus including those two figures, it would seem Alaskans have paid far more than required to reach the same infrastructure standard as the Lower 48. If our living population is not enough, then surely our dead should provide plenty of champions worth counting. If not, well, everyone can come back next year and we’ll see how many more have been added to the list.”

With this article for the September issue of Men’s Journal, I tried to explain how the bush pilot myth, which was created 90 years ago, has spread far beyond Alaska and now affects how those Outside, including the FAA, perceive the state. It’s not just about pilots anymore, it’s about everything to do with aviation here and it needs to be ended, once and for all.

You can read the whole thing here.

A logbook with unfilled pages

In a perfect world, Marvel Crosson would be more famous than Amelia Earhart and the pages of her logbook would be full of the trips she dreamed of flying. 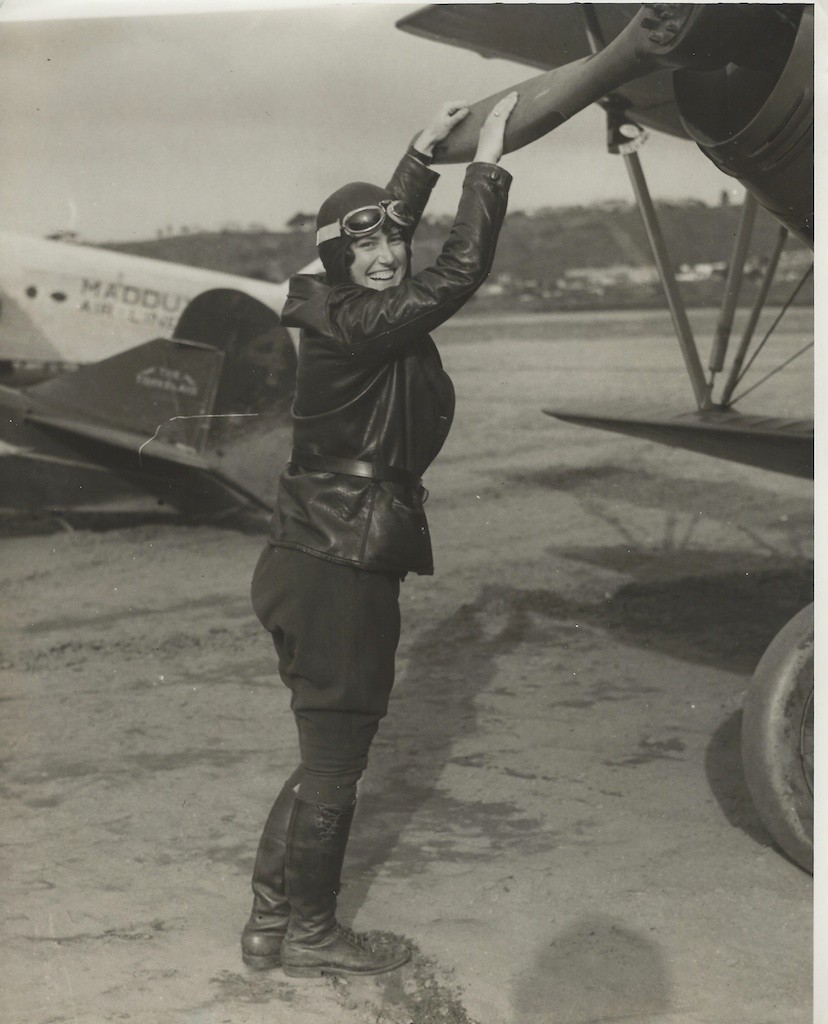 My longish article on Alaska’s first female pilot, Marvel Crosson, is up at the Alaska Dispatch News. She was…amazing. Along with her brother Joe she rebuilt an old WWI aircraft practically from the ground up, learned to fly in the early 1920s, went to AK and flew there, set a women’s altitude record (over 23,000 feet!!!) and won the first women’s air race. She died near Yuma, Arizona in August 1929 while participating in the first Women’s Air Derby. At the time she was engaged to a fellow pilot, (Emory Bronte), who was the navigator on the first California – Hawaii flight. If the crash in Arizona had not happened, Marvel would have been one of the most famous pilots in US history; it still makes me angry that we didn’t get to see all that she could be.

I’ll be writing more about researching Marvel’s life in my next author’s newsletter – sign up here so you don’t miss it! 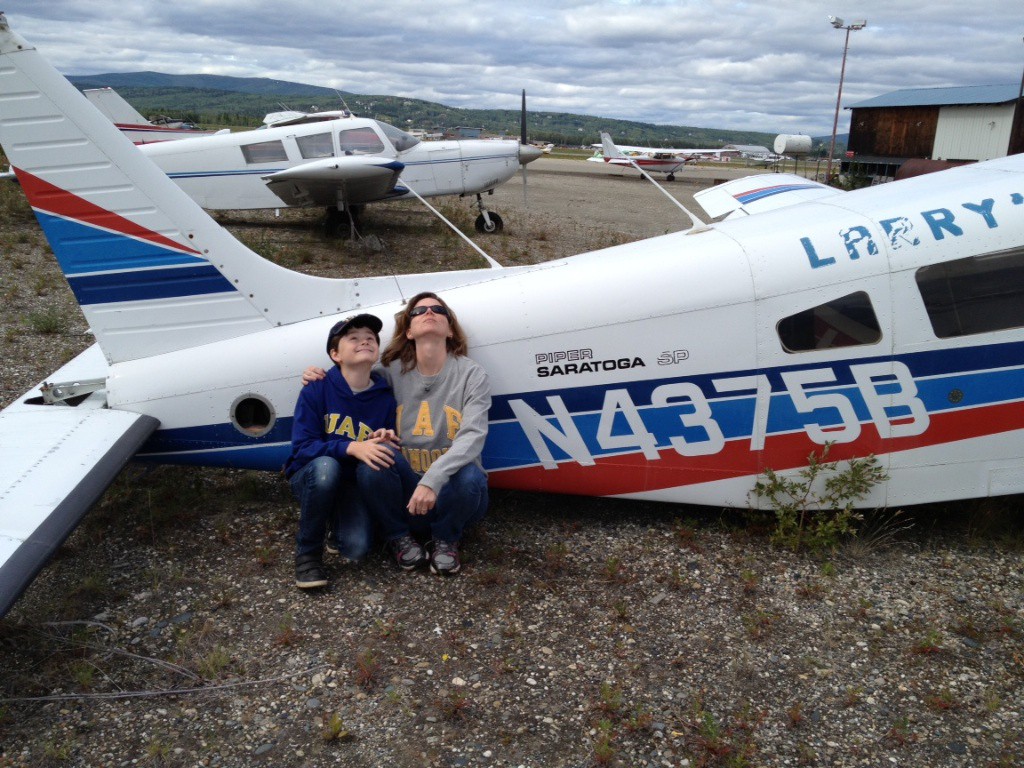 In college I wrote a senior paper on the USS Indianapolis which became famously sunk and lost in WWII resulting in the largest recorded shark attack in history. I exchanged letters and phone calls with over 60 of the ship’s survivors (the 47 letters I received are on file with the Indianapolis Historical Society). There were many elements of the Indianapolis story that intrigued me, not the least of which was that it was relatively unknown at the time I was researching it. I couldn’t believe the US Navy lost a ship only to be found by sheer luck or that our history would so effectively lose such a compelling story. (Really – largest recorded shark attack in HISTORY. How do we forget that?) The survivors were, every single one, rather surprised that I would write about them for a college project. It turned out to be a turning point for me and revealed that more than anything, I love to research and write about what is lost.

My grandmother used to pray to St. Anthony when she (or anyone she knew) lost something. (The joke in our family was that she prayed to him so much she called him “Tony”; as they were on a first name basis.) I think a lot about lost houses and lost beaches; the lost places of my childhood. I can’t even drive past the house I grew up in without seeing myself running to my grandmother’s house around the corner through a vacant lot that is a 7-11 now. Everything I knew when I was 10 is changed so much it is as if it never existed at all.

The past few days I have been going over an article on missing aircraft in Alaska. It’s kind of weird, but even when pieces of an aircraft are found, it can still be listed as missing. A certain percentage of the aircraft must be recovered for it to be listed officially as an accident. So small pieces of debris are just evidence of something gone; but not proof that it ever existed at all.

There’s probably something poetic in there somewhere….I’m still not sure how to say it that way though. (I’ll be writing about these airplanes a lot more than just this article. There’s more to tell than fits in 1,000 words.)

In the past couple of years I have spent my time with newly found family photographs, uncovered unbelievable family stories (and the hits keeping coming in that front), made contact with someone with information on a long lost mountain climber and paged through the NTSB reports on aircraft gone missing from decades ago.

And I tried twice to drive past the house I grew up in. Chickened out both times. (And I’m not sorry about that.)

There is an unexpected pattern to my interests these days and I’m very mindful of that. Patterns should not be taken lightly; even when you aren’t consciously creating them. 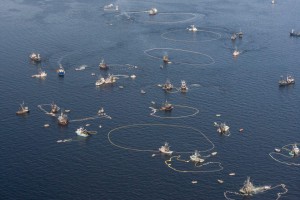 I have an article up at ADN about the history of fish spotting for commercial fishermen in Alaska. It has been, and continues to be to a certain extent, extremely dangerous. Here’s a bit:

In 1984, at the opening of herring season, there was a fatal crash over Togiak, a mid-air collision under a low overcast cloud layer that killed the occupants of both aircraft. According to the NTSB report, witnesses described the flight activity as “frantic,” “chaotic” and “insane.”

In 1991, a mid-air collision near Tatitlek resulted in the death of one of the pilots, while the other was able to land. At the time of the accident, witnesses told the NTSB there were about 50 aircraft circling Boulder Bay waiting for herring season to open.

In 1995 near Naknek a Piper Super Cub and Cessna 172 collided while fish-spotting at about 400 feet over the water and both pilots were killed.

In 1997 the surviving pilot from the Tatitlek accident was involved in another mid-air while flying a Cessna 185 on floats near Galena Bay, along with a spotter, while waiting for the opening of herring season. That plane collided with another pilot and spotter in a Bellanca, which then crashed in the bay, killing both aboard. No one was injured in the Cessna.

In each of these accidents and many others that occurred in the 1980s and ‘90s, the probable cause was determined to be inadequate visual lookout, diverted attention or failure to see and avoid.